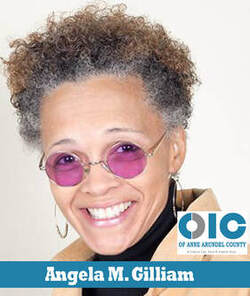 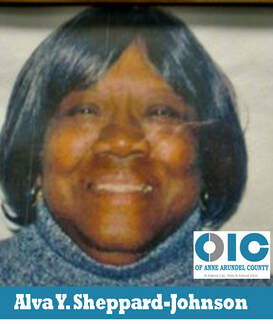 ​Alva Y. Sheppard-Johnson -- Is a dynamic educational consultant, adjunct college instructor, guidance counselor, secondary education teacher, mentor, and community activist. A native of Washington D. C.  Alva began her early grade school education in District of Columbia Public Schools. After graduating from Spingarn High School, she attended American University for 15 hours in Journalism on a scholarship from the Capitol Press Club, an organization of Black Journalists, before matriculating to Norfolk State University and earning a Bachelor of Arts Degree in History Education. While teaching in the New York City Public School system, she concurrently enrolled in a Master’s Program at City College University of New York completing post graduate hours before relocating to Maryland and enrolling in Bowie State University to obtain a Master’s Equivalent Degree.  Ms. Sheppard-Johnson later earning her Masters in Guidance and Counseling from Johns Hopkins University. After relocating to Maryland, she continued to contribute educationally in many educational roles and jobs while teaching in Anne Arundel County Public Schools Maryland 1972 – 2009. Mrs. Sheppard-Johnson also served Anne Arundel County Public Schools 1972 – 2009 as: Secondary Education School Teacher, Guidance Counselor, Case Manager/Counselor, Maryland’s Tomorrow Program, Annapolis High School, and Ft. Meade Senior High School as an ALT Intervention Specialist.  Dedicated to utilizing her instructional skills, she taught courses on the college level at Sojourner-Douglass College, Annapolis, Maryland as an Adjunct Instructor and Anne Arundel Community College, Arnold Maryland as a Talent Search Counselor. Alva has been life member of Delta Sigma Theta Sorority, Inc. for over 40 years – initiating in 1977- into Annapolis Alumnae Chapter of Delta Sigma Theta Sorority, Inc. and has served in the capacity of all chapter roles.  Other leadership roles for Mrs. Sheppard- Johnson are President of Anne Arundel County Branch of the NAACP – 2008, President of the Eastern of Regional Coordinator of Gamma Chapter (Johns Hopkins University) of Phi Delta Gamma, a National Graduate Honor Society. 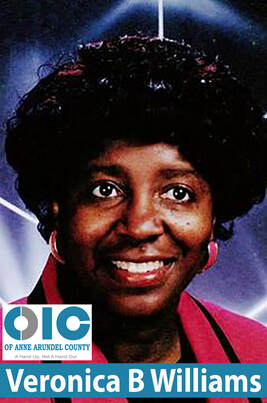 ​Veronica B. Williams -- Is a highly-qualified instructional leader/educator and publisher as well as
An accomplished creative designer of jewelry and clothing. A native of Concord, North Carolina.  Veronica began her early grade school education at Grace Lutheran School and later transferred to a historically Black community school.  She later attended Livingstone College in Salisbury, North Carolina obtaining a Bachelor of Arts Degree in Early Childhood Education of North Carolina at Charlotte (UNCC)n 1975- a Cum Laude graduate.  While teaching in the Charlotte Mecklenburg Public School system, she concurrently enrolled in a Master’s Program at University of North Carolina at Charlotte (UNCC).  After earning her Masters in Human Growth and Development with a concentration in Supervision from there in 1979. She relocated to Maryland and continued contributing in many educational roles and jobs while teaching in Kent County Public Schools Maryland 1979 – 1987. Mrs. Williams also served Anne Arundel County Public Schools 1987 – 2015 as: Elementary School Teacher, Curriculum Writer, Adjunct Teacher, Human Resource Recruiter, Assistant Principal and Principal. Dedicated to honing her instructional skills, she pursued courses and credentials from University of Maryland Baltimore County, Morgan State University and Loyola College to obtain certification in Elementary/Middle School Administration and Supervision.  Veronica also served as a Supervisor of Instructional Training School for Johns Hopkins University College of Education. She has been an active member of Delta Sigma Theta Sorority, Inc. for 44 years – initiating in 1974 into Beta Kappa Chapter of Delta Sigma Theta Sorority, Inc. at Livingstone College in Salisbury, North Carolina-and has served in the capacity of all chapter roles.  Mrs. Williams served as President of the Annapolis Alumnae Chapter from 1996-1998. 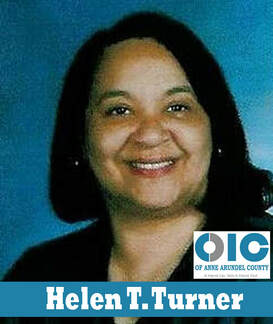 ​Helen T. Turner -- Helen was born in Washington, D.C. on September 9, 1949 to the late Mary and Augustine Proctor.  Helen was raised and educated in the public schools of shore Anne Arundel County, graduating from Annapolis High School in t967. In the fall of 1967 she enrolled at Maryland State College and graduated in 1971 under the new title of University of Maryland, Eastern Shore(UMES) where she majored in Social Science and Secondary Education with a minor in English.  Later Helen earned her Master Degree in Guidance and Counseling (Adlerian) from Bowie State University.  Other interest included working with her real estate license. Her teaching certificate includes certification in Social Studies, English, Psychology and Guidance and Counseling.  In 2002 Helen retired from Anne Arundel County Public School with more than 30 years of service with the last 20 years in the position of Guidance Counselor.  In 2004, Helen joined Educational Talent Search at Anne Arundel Community College in the position of Counselor. Her interest in education led to the position of Instructor at Sojourner-Douglass College, teaching English and Research courses (2001to 2014).  The following years were spent with her husband, James K. Turner (deceased). Community and church involvement has been essential.  At college Helen joined Delta Sigma Theta Sorority.  She has received recognition by the Alumni of UMES, and A TributeTo Women of Color for her contributions in education.  Helen is a member of Franklin United Methodist Church where she is the chair of the Scholarship Ministry and The American Indian Ministry, and serves with the Children Ministry and the Food Pantry.   She values the countless hours with “Friends of 1967, Inc”   a non-profit of which she is a founding member and she serves on the board of OIC. Currently Helen resides in Deale, Md. near her daughter, Shannee Butler(Mike) and her grandchildren Aaron ,Aliah and Aniah as well as close relatives and friends.

Dr. Jordan is a systems engineer specializing in systems analysis in the areas of space systems and communications.  He presently works for Leidos as a contractor, supporting the Defense Information Systems Agency at Ft. Meade. From 1999 until 2010, he worked as a consultant supporting the Office of Naval Research, SAIC, and the National Defense University.

From 1979 to 1999, he worked for SAIC as a Corporate Vice President. In the 1970s, he held several positions in the Department of Defense including Director, Strategic and Space Systems in the Office of the Secretary of Defense, and Principal Deputy Assistant Secretary for R&D, U.S. Air Force. In the 1960s, he was a staff member of the MIT Lincoln Laboratory in Lexington, Massachusetts.

He attended the L'Institute Henri Poincaré in Paris in 1956-57 as a Fulbright Scholar.  He received his Doctorate of Science from the Massachusetts Institute of Technology in 1960, and his Bachelors in Electrical Engineering from Rensselaer Polytechnic Institute in 1954. He is a Fellow of the Institute of Electrical and Electronics Engineers. Dr. Jordan is a native of Maine, and is presently residing in Annapolis, MD, and is a member of the Parole (Annapolis) Rotary Club 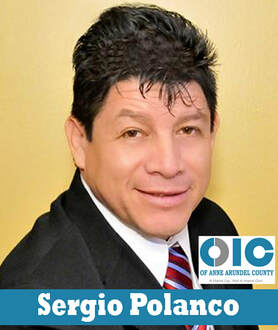 Sergio Polanco is fully Bilingual English and Spanish speaking. A Multicultural Social Media Marketing. Translator. Video Storytelling. Speaker and Consultant. Video Pod-caster. Pod caster. Web Design Entrepreneur with more than 15 years of experience in the area of media, attention and service to the customer, sales and marketing, working with the productivity objectives and targets aimed at the achievements of the company’s short and long term. 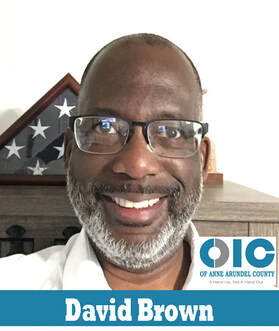 David A. Brown is a retired senior level supervisory engineer that worked for the Department of Navy for over 37 years. Mr. Brown received his BS degree in mechanical engineering from Drexel University in 1984.  Upon graduation from Drexel University, Mr. Brown began work as a heat transfer and fluid systems engineer at the David Taylor Research and Development Center in Annapolis, Md.  While working full time, David earned his MS degree in mechanical engineering from Catholic University. Mr. Brown’s next assignment was with the Naval Air Systems Command (NAVAIR) where he worked in the fuel containment systems area supporting naval aircraft programs.

David left NAVAIR in 2001 to work at the Strategic Systems Program Office (SSP) in Washington, DC.  Mr. Brown held numerous key leadership/supervisory positions in the organization and obtained valuable program management and technical expertise in the areas of production, logistics and facility operations.  Mr. Brown, during his professional career received the Meritorious Civilian Service Award as well as numerous other awards for his Government service.

David resides in Owings, Md. and has been married to his wife Gail for over 30 years.  David and Gail have 2 adult sons.  Mr. Brown currently volunteers as a math tutor for the Opportunities Industrialization Center (OIC) of Anne Arundel County Maryland.  Additionally, Mr. Brown was certified by the Internal Revenue Service to participate in the Volunteer Income Tax Assistance program.  In this capacity David completed over 40 tax returns for senior and low to middle income people in support of the AARP Tax-Aide program in Calvert County Maryland. 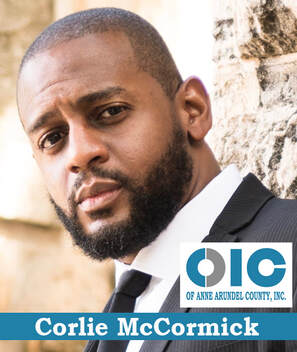 Corlie McCormick Jr. is an experienced civil litigator, trial attorney, appellate advocate, and legal advisor. Mr. McCormick is the founding member of the McCormick Law Firm, LLC, which is dedicated to the principles of excellence, integrity, zealous advocacy, and service to clients.

Prior to establishing the McCormick Law Firm, Mr. McCormick served as an Assistant Attorney General, where he represented the Maryland State Government Officials, and Agencies including Universities and Police Departments. After spending a decade with the Maryland Office of the Attorney General, he concluded that the resources available to individuals (often adversaries of the State), were so inadequate that justice demanded the inception of a new civil rights and employment law practice.  As a result, he founded a law firm dedicated to seeking justice and representing individuals on employment matters, and protecting individual victims of illegal discrimination, sexual harassment, and other civil rights violations.  The McCormick Law Firm's primary goal is to advance client causes through experienced and skilled legal representation, through a forward-thinking and progressive legal approach.

Mr. McCormick earned his Bachelor’s degree from Union College in Schenectady, New York and is a graduate of Howard University School of Law, where he served as the Editor-in-Chief of the Social Justice Law Review and Chief Justice of Sigma Delta Tau Legal Fraternity.  Mr. McCormick and his lovely wife, Sheila Cherfilus-McCormick have two wonderful children, Corlie Jackson and Ismanie. 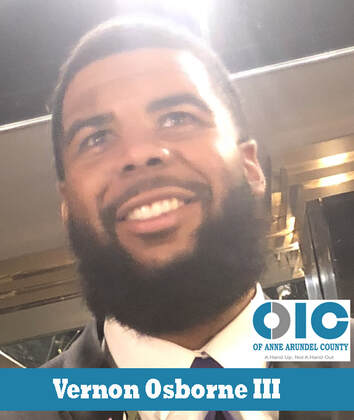 Vernon Osborn lll is a Data Coordinator at The Partnership for Children Youth and Families were he has been working at for 4 years. He started as an Intern and excelled each year. At first he was the Peer NAvigator helping young men between the ages of 6-14 within the county.
He partnered up with the local care teams and would visit the kids after school and mentor them. Most of the kids that he mentored were from a household of one single mother or a grandmother, which was touching for him because he too had the same upbringing. It's an honor for Vernon to help and assist however he can to try a make a difference in the community in which he lives.
He is from Severn, Maryland., born and bred from Anne Arundel County. He went to Meade High School and then I transitioned to Anne Arundel Community College where he will be graduating and Transferring out in the fall (2020). He is a Transfer Studies Major at AACC and planning on becoming a History Major at the 4 year institution at the next level. 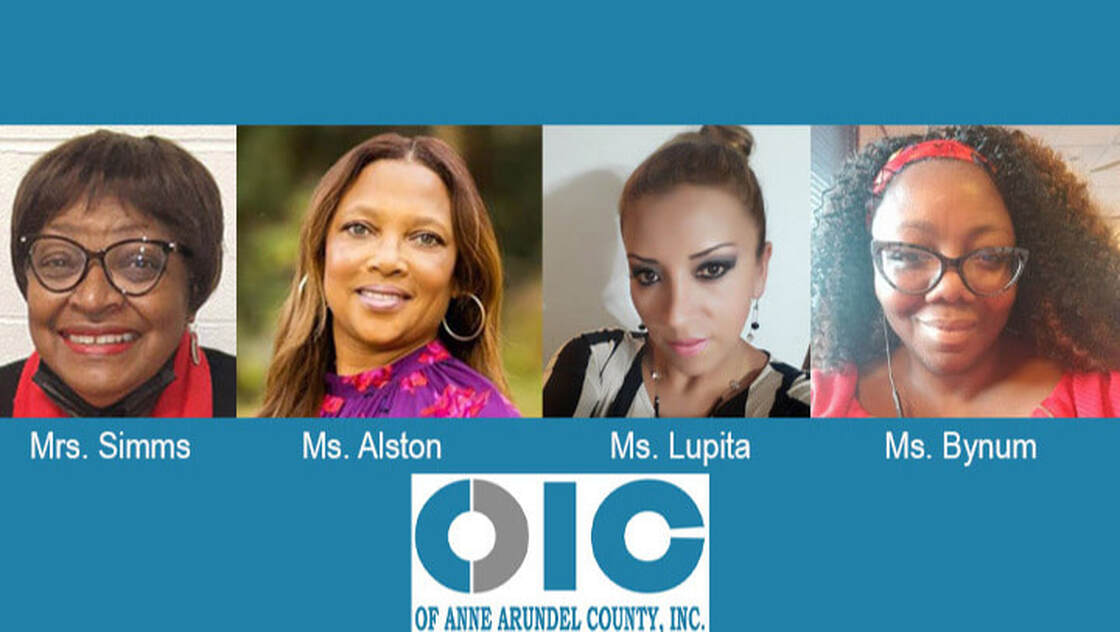